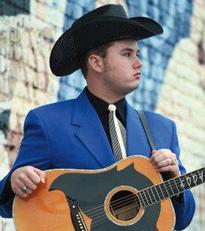 Kody Norris hails from the extreme northeastern mountains of Tennessee. Growing up in an area abundant with mountain music, it seemed somewhat predestined that Norris would someday pursue a musical occupation. Kody began his musical journey around the age of nine singing in local churches. It was during this time that a love for the bluegrass developed. Once an interest was expressed , family and friends made it a point to help Kody stay on his musical course.
Teenage years were filled with many long hours of dedication and honing his craft, one instrument at a time. At age seventeen , Kody was offered the opportunity of a lifetime. A fill in tenure as lead singer and guitarist with Dr. Ralph Stanley and The Clinch Mountain Boys was this  Tennesssee boys dream.
Upon completing this stint, Kody then decided to form his own band and try his hand as a bandleader . Eighteen years old, green as grass, but fueled by determination Norris plunged head first into the wide world of Bluegrass. Things sure weren't easy at first, but with a positive attitude and a boat load of confidence he was soon able to put his band to work. Working many festivals and events across the country, he began to establish his own blend of traditional hard driving high lonesome bluegrass.
In 2007, Kody met Dr. Campbell Mercer, founder and executive producer of the Cumberland Highlanders show, a weekly bluegrass broadcast on the RFDTV network. Kody was soon invited to join the cast of the show and it wasn't long till things moved into overdrive for Kody and his band.
The band,  now billed as the Kody Norris Show travels approximately 46 weeks per year and appears at music events across the nation.
Always maintaining a sharp professional appearance, complete with  colorful rhinestone suits and cowboy hats, The Kody Norris Show gives a bluegrass fan one of the most solid, entertaining and animated performances they will ever experience. The performances of The Kody Norris Show are reminiscent of traditional bluegrass artists, yet Kody brings his own special, distinct flair to the music. The band works regularly on the Cumberland Highlanders Show, a weekly Bluegrass Program on the nationally acclaimed RFD-TV network. From the first note, The Kody Norris Show will fully captivate your attention and make you laugh, cry, and stomp your feet all in one performance.
Kody is backed up by one of the most high energy bands in bluegrass today,The Watauga Mountain Boys . The twin fiddles of Michael Feagan and Mary Rachel Nalley truly compliment the performance. Michael is Grammy Award winning fiddler, with a long resume including, Bill Monroe and Jerry Reed. Evan Lanier, handles the five string banjo duties for the band, and the  upright acoustic bass is played by Ben Silcox.  If your looking for a hard driving, high energy, REAL bluegrass performance, give a listen to The Kody Norris Show and consider them for your venue!!